What is Total Biology of the Living Beings and Biological Decoding?

Total Biology identifies humans with their illnesses and behaviors, up to a whole, beyond simple symptomatology. The concept unites the knowledge of several scientific disciplines with the observation of humans, animals and plants, through life evolution on the planet.

The understanding of disease in terms of a perfect solution unleashed by the automatic brain, for the sake of the survival of the species, the clan (family) and the individual, gives us the possibility of healing by implementing the perfect biological laws, unknown until recently.

Total Biology is a collection of extraordinary discoveries that, together, provide a new evolutionary dimension for humanity. 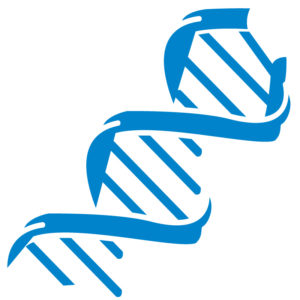 It´s the convergence of different scientific concepts that allows us to understand the emotional mechanics that are the origin of diseases and behaviors. The simplicity and precision with which the biologic brain acts in order to achieve it´s sole purpose, to keep us alive in the next instant, always explains the manifestation of unusual biologic responses, that we call “diseases” or “pathologies”. Nothing escapes the biological laws in Nature, much less the diseases. They all are perfect survival programs orchestrated and defined by our brain.

If we consider the amount of creatures that very seldom get sick, while us humans collect pathologies of all kind, it´s easy to understand that the difference with them must be in the origin of the diseases. Obviously, an external intoxication will cause a pure biological conflict, like when we ingest poison or eat too much or don´t eat at all, or the lack of fluid or too much cold or heat. But a psychological conflict will explain most of the biological conflicts.

The reason of this is the automation of our brain´s survival reflexes that analyses each and every data coming from our organism, either through our senses, our cell sensors and, unlike the rest of the beings, our analytical mind. When a stomach is obstructed by an alimentary bolus, too big and difficult to digest, the automatic brain gets that information through the stomach cell sensors. The solution is to produce high performance stomach cells, that will generate a much stronger hydrochloric acid to be able to digest whatever is obstructing and putting in danger the life of the creature. That group of cells is called “cancer” by our Medicine, and treated like a total anarchy.

Total Biology proves that not only it´s not an anarchy but it also has an extraordinary precision.

The automatic brain doesn´t think, it only collects and analyzes the data that will generate special survival programs, if they should be needed. For the brain, it´s the same if the stomach cells´ sensors say “I can´t digest” as when our mind says the same in a high stress situation that surpasses our tolerance level of stress lived with the rational interpretation of “I can´t digest what he made to me…..”. The brain, automatically, will send the order to produce the biological survival solution for the “I can´t digest…” data, i.e. an adenocarcinoma.There is no such thing as anarchy in a disease. They all have precise origins and though they aren´t always evident or easy to find, they always respond to a conflictive tone, related to a feeling that was attached to the conflict. As long as we believe that diseases are a punishment, they will be just that. When we understand that they only are biological programs that can be defused, we will get ill much less.

Living being as a whole.

Humans have studied their evolution thoroughly, as a species. We are an animal species, as territorial as many other members of nature, even though we have features that are very different from the rest. When we check the different transformations that occur in a human fetus while it´s developing: with gills, a few pairs of teats at a moment and a tail, we can state that Darwin was right in his theory.

From that evolutionary theory, like with any other one that pretends to define the apparition and mutations of the species, an obvious biological law arises, though we had to wait for the Total Biology to understand it: EVERYTHING in the species functioning, and specially the command center of each individual of each species, answers to the need of survival.

We can speculate about the importance of our mind in the realm of biological adversities or about its influence in the betterment of our hope of life, but it´s our biological brain that deals with our survival much better than our thinking mind.

Simple biological evolution only refers to the Self-Body and, having been guided only by this premise, it led us to believe we are only that, and everything that happens in our body- call it disease- is an anarchic malfunction against which we have to fight the symptoms. So, for the occidental medicine we are just that: a body that undergoes transformations.

Through Total Biology we get to understand the importance of evolution in its biological wholeness: body, mind and automatic brain. The interaction of these three components shows us that there is no anarchy in the behavior of the living creatures, least of all the diseases. We repeat: everything answers to a logic of biological survival.

We could also that total evolution of the living also involves their spiritual evolution, but in respect to the different beliefs, we won´t analyze this other than reminding that “as above, so below”.

Of course, science moves forward at a reasonable speed (the speed of reason, as a matter of fact) and that is why any sudden change in the comprehension of the biological behavior of species must wait for the reason, many times darkened by issues that nothing have to do with scientific investigation, to surrender at the infallible evidences of laws that don´t respond to human theories but to strictly biological principles.

When Ptolomeus stated that the Universe moved around our planet, he followed the scientific verification. And from this point of view he was right.

But that didn´t stop the planet from evolving around the Sun. Not only his statement was wrong, but it was exactly the opposite to reality. It´s the same to what´s happening in this third millennia beginning: realities that are perfectly opposed to the scientific truth. We shall see if this time science plays a ridiculous role as in Galileo´s time. According to the principles of the Evolutionary Emotional Mechanics, which represents the human history as a simple sophistication of the same experiences that generate the same collective and individual emotions, it will be inevitable. 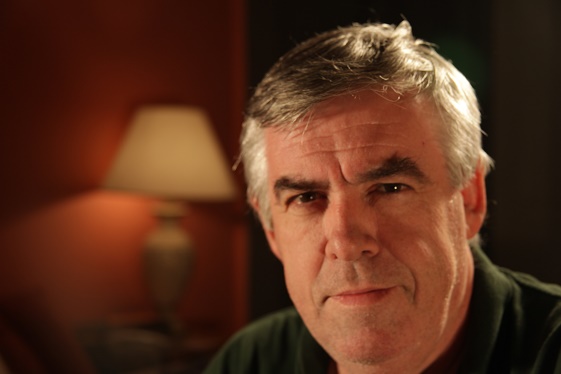 Mr. Bouron became interested in Total Biology of the Living, as an asset to exercise his profession as a regression therapist. He attended courses in Montreal dictated by Julie Lemieux nd CV, and quickly realized the extraordinary potential of the discipline. Later he attended seminars delivered by Dr. CS, founder of the discipline, and translated all the material available to Spanish in order to present it in LA.

He also offers courses in Spanish to people that are interested and want to know more about TB, and even improve it and take it to places where this science is still unknown or underdeveloped.